Why Is There So Much Lazy, Self-Indulgent, Pompous Drivel In Food Writing? 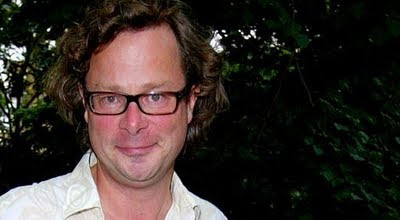 I was having a chat with a friend the other day about why there’s so much tedious drivel in food writing these days. Apart from wine columns, I can’t think of any other form of scribbling that is so self-indulgent, pompous, flowery, and lacking in thought and originality.

You only have to look at some of the chest-puffing scribes in the better known newspapers to see what I’m talking about. But it’s the cooks turned food writers like lovable, rosy-cheeked Hugh Fearnley-Whittingstall who really take the biscuit. I liked his first couple of TV programmes and accompanying books, but for the past few years it’s just regurgitated, cynical, unsustainable codswallop most of it. He clearly ran out of ideas back in 1998.

A look at his latest column in The Guardian seems to suggest he’s just paid to write lists of adjectives and state the bleeding obvious these days. A few months ago, I gave up reading articles penned by celebrity chefs like Gordon Ramsay, or their long-suffering, down-trodden representatives, because even the thought of wading through the first few hundred words before they got to whatever they’d been commissioned to write about made me want to stab myself in the eye with a blunt pencil.

But HFW’s column caught my (pencil-free) eye because it was about a subject I’d half-written a blog on: cabbage - or cauliflower without a college education, as someone once put it. I re-read my unfinished post based on a staff meal of fried cabbage I’d had while cooking at a friend’s restaurant in Cambodia, and sat down to read Hugh’s insightful piece that no doubt would be about the loveliness of brassicas, and the stirring Britishness of a young, firm quill of cavolo nero, or black kale outside of overcooked food articles.

No doubt he’d mention childhood memories of boiled cabbage stinking of sulphur in school banqueting halls, when dinner ladies would force open boarders’ mouths as if they were chubby foie gras geese, and shovel repulsive greens smelling of grannies’ farts down their throats.

I was right. It was in the first line, and again a few paragraphs later. Not about the dinner ladies, but about how he hadn’t always enjoyed cabbage and how it had been a while since he needed any “encouragement or threat” to eat his greens. He didn’t go into it any further for legal reasons I imagine. Those dark incidents at Eton were obviously still too fresh. But it gave him a handy hook to tell us that had all now changed and he adores cabbage, kale and leafy brassicas more than life itself.

What follows is then 450 words of hyperbole, waffle, hammered-in adjectives, and downright drivel. There’s the “deep, wine-coloured, curly frizz” of ‘Red Bor’ kale, and the “elegant, deep-green, upstanding quills of tender, gentle” cavolo nero - a vegetable apparently “bursting with character”.

I’ve grown a lot of kale in my time, and I’ve prepped more boxes of the stuff than I care to remember, but I can’t say I’ve ever really noticed it bursting with character. Or having any character at all for that matter. In fact, I don’t think I’ve ever come across a vegetable with any character. One or two ducks, yes, and one particularly eccentric sheep that was addicted to Trebor mints, but vegetables no - which presumably is why it’s used to describe someone in an unresponsive state.

He then talks about how he likes to cook kale in chicken broth “in the aftermath of a spring roast chicken” - which is about one of the most unfortunate, pretentious phrases I’ve come across for a long time. Then he’s on about “cabbagey characters” again and how he likes to keep his greens simple - by removing the tough ribs of the brassicas and shredding them cross-wise into strips “no more than 5cm thick and as fine as 4-5mm”.

It leaves me with the image of armies of River Cottage lovers standing at the chopping board, ruler in hand, keeping it simple. Then we’re back to warnings about how overcooking produces that “sulphurous, school-dinner pong that gives cabbage a bad name”.

Eventually, he gets to three recipes for dealing with these cabbagey characters. None of which actually make the vegetables a centrepiece themselves, but just to seem to have them thrown in as an afterthought.

The first is a Chinese-style dish of beef with cashew nuts, with a bit of kale tossed in. The next is a salad of puy lentils, avocadoes, bacon, oh, and savoy cabbage. And lastly there’s a panade of onion, cabbage, and “robust” stale bread. Any stale bread is pretty robust, but Hugh helpfully points out that stale sourdough works well just in case you haven’t got any robust stuff lying around.

He says it was “inspired” by a recipe from San Francisco’s Zuni Cafe, which is a phrase used by food writers when they actually mean stolen. As in: “Antony Worrall Thompson was inspired by a bag of reduced cheese and coleslaw at Tesco.” 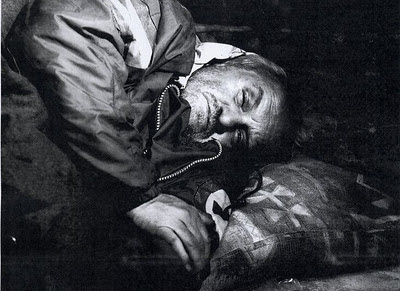 The panade uses “very humble” ingredients, says Hugh cheerfully, checking the word count for the third time. Very humble ingredients like half a bottle of olive oil and a block of expensive gruyere cheese.

Extremely humble to huggable Hugh with his book deals, TV shows, newspaper columns, River Cottage merchandising hubs, and celebrity-endorsed badger-gassing video game. But not so humble to the families now living off hand-outs at the dozens of food banks fast springing up across recession-hit Britain.

And that’s what apparently passes for stellar food writing these days. And I don’t know any other form of paid scribbling where you’d be able to get away with that amount of horseshit without having your head impaled on a sub’s spike.

The recipe is clear enough - take half a pound of nonsense, sprinkle liberally with unnecessary adjectives, cover with piping hot clichés, and bake until golden brown and bubbling. Then bring to the newspaper and serve. Even the subs clearly lost the will to live, calling it “Hugh Fearnley Whittingstall’s Cabbage And Kale Recipes” - which as headlines go is about as characterful as, err, cabbage.

So here goes...If you are eating from food banks, and gruyere cheese, olive oil, and River Cottage organic elderberry snifters aren’t on your shopping list this week, then you might like this wonderfully unctuous dish I had the other day when I was working at a friend’s restaurant.

The brilliantly hard-working and ever-smiling Khmer cooks and waitresses took it in turns to make staff supper and set themselves a budget of just 2,000 riel (30p) a day to feed four or five people, depending on how many were off sick that day. They made full use of whatever was going off in the larder, of course, but it was extraordinarily impressive what they could do with a few lightly-fried vegetables, fluffy rice, and the odd packet of free-range noodles. The permutations and heady aromas were endless.

But the most delicious meal of the lot was a splendid feast of stir-fried cabbage with a devilishly-fiery, incendiary even, chilli dipping sauce, helped down with the ever present bowl of fluffy, oh shit I’ve used that one, steamed rice. They’d spoon over tiny amounts of the delectable sauce, and then sup the air furiously at the chilli burn.

With the sour fish sauce and sweet sugar, it had tangs of the spicy, pickled cabbage dishes they serve as bar food in the many fantastic Khmer beer gardens out here, where they are ferried from table to table with bowls of sugared and salted freshly-fried peanuts, ice buckets, and jugs of foaming beer.

They’d chop up one of Cambodia’s excellent, crunchy, and slightly peppery white cabbages, core and all, into chunks of between 8mm and 4cm, and then boil it in a saucepan of lightly-salted, briny water for a couple of minutes, and then drain it - knowing full well how overcooking cabbage into a soggy slop would remind them of the school dinners none of them had ever received. 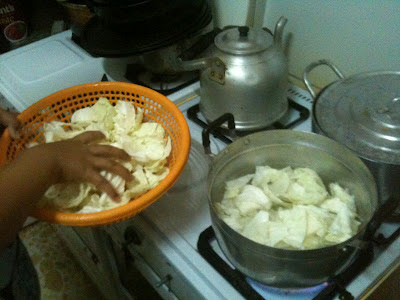 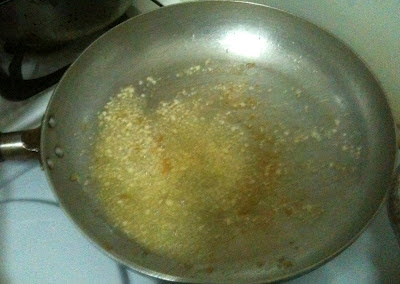 Once the garlic had browned slightly and taken on a splendid, caramelised, nutty taste, they added the drained cabbage and stir-fried it for another minute or so, until it was flecked with the lovely, warm, amber-coloured curry paste. Then they’d make the chilli dipping sauce by pouring fermented fish sauce and sloshing in an equal splash of fresh tap water in a bowl, stirring in some sugar, and adding three or four roughly chopped fiery little chillies. 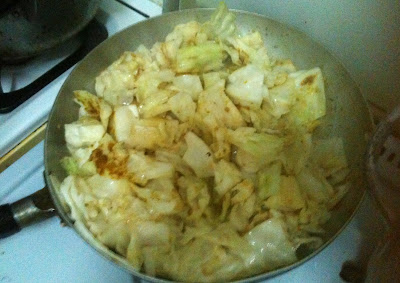 They served the stir-fried cabbage in a communal bowl and then dug in with chop sticks. It was simple but delicious, and made a small bit of an incredibly crisp, ivory-white, and tremendously robust vegetable go a long way. There was something homely and good, very humble even, about making something out of nothing - a sort of epitome to thrift in these belt-tightening times etc etc.

Oh well. At least I tried Goddamn it. Goodbye.

:: For more rants about celebrity chefs, my new book Down And Out In Padstow And London about training to be a chef at Heston Blumenthal's Fat Duck, Rick Stein's and other restaurants is available as a paperback and eBook on Amazon CLICK HERE
at 7:22 pm

Cambodia and middle class England - not really an apt contrast however well meaning your prose. By the way have you ever written or tried to write anything about wine?

Loved this. Restaurant blogs have an even more woeful turn of phrase but they seem to be prone to an overdose of adverbs - one pisspoor example peppers his reviews with "frankly" (which makes him really sound like a shoots-from-the-hip kind of guy, doesn't it?) and once used the word "face-meltingly" when referring to spicy food. Oh dear.

If most people wrote about this subject with the eloquence that you just did, I'm sure people would do much more than just read, they act. Great stuff here. Please keep it up.
Fish Restaurant