The First Rule About Kitchen Scraps Is... 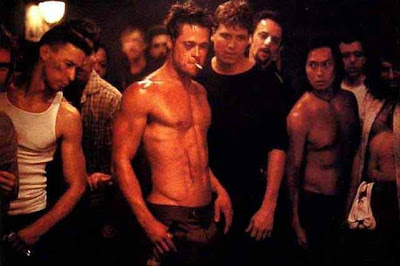 We were doing an early Christmas lunch for the local CID when things came to a head with Graham. I was finding it hard taking orders from a stroppy 19-year-old, and he would go berserk if I didn’t follow his exact instructions.

He was the most childish, and the most talented chef in the kitchen. And when I had started at the Gull all those weeks ago, Jules had warned me: “When he gets wound up, just ignore him, don’t say to him ‘calm down’ or anything, it just makes him worse...”

It seemed a pretty strange thing to say. But I'd given Graham a wide berth, ignored his tantrums, and he'd swiftly made me his bitch.

What irritated me most was his mumbling. And with my poor hearing and the extraction unit going all day and night, I found it impossible to hear his orders. Sometimes I pretended not to hear, but most of the time I just watched his lips move from across the room.

He would quickly raise his voice and get angry. He’d moan about how he hated cheffing, and wanted to do something else, anything else, with his life, but he still had a huge amount of pride in the food that went out. He had more pride than anyone else – even the star-chasing Jules.

It started when Cathy, the most obnoxious of the waitresses, wandered in half-way through service. She'd been touched up by a couple of the drunken rozzers, and her face was as sour as ever...

“Who sent out the terrine?”

She knew full well who was on starters, but she liked to stir things up.

“I did,” said Graham, slowly turning round to eyeball her. “Why, what’s wrong?"

“Well one of the customers would have preferred it if you’d taken the cling-film off.”

There were a few seconds of silence.

“Fucking hell!” he shouted, suddenly exploding, and kicking a fridge door. “Can we have that with a bit more sarcasm next time! It’s not as though this job’s not hard enough…”

He went into his usual tantrum about how he loathed cheffing. Then he exploded again five minutes later.

“The starters have gone on table four,” he mumbled at me from across the room.

“THE STARTERS HAVE GONE ON TABLE FOUR!” he screamed.

The change was more irrational than usual, and a hot flash of anger rose up inside me. This jumped-up, scary-looking gobshite was young enough to be my son. I rarely lost my temper, but I had a limit. I faced him from across the counter.

“Listen, we both don’t want to lose our temper!”

He walked over and stopped suddenly, his werewolf face next to mine. Just a chopping board and a knife separated us. His eyes took on a relaxed, dangerous look and he started nodding. He looked like he was trying to change into a wolf.

“I’m not losing my temper!” he screamed.

“That’s enough!” shouted Stewie from somewhere near us.

We both went back to work. But Graham made comments for the rest of service about the “repressive atmosphere” in the room.

Afterwards, Stewie took me aside as we cleaned down, and gave me a chat about how commis chefs weren't supposed to answer back. He told me to bite my lip next time, and just say 'yes, chef'. But he knew full well how hard I was finding it dealing with Graham.

“I’ve had to face him down a couple of times," he confided. "But if he ever went toe-to-toe with me, it’d only happen once...” he added menacingly.

It happened that night in the walk-in chiller.

I went across the road to stock up on purees when the chiller door closed behind me. The lights went out, a fan started whirring, and I was blasted with icy air. The panic hit straight away, and I heard muffled laughter outside.

I don’t know how long I was in there, long enough to get frostbite in my fingers and toes. I picked up a metal oil barrel and battered the door, but the noise was drowned out by the fan. Eventually light shone in and the door opened. Graham had taken a few steps back and was watching me carefully.

“That’s for answering back!”

His face changed again, and he leapt forward and grabbed my whites and pushed me back into the chiller.

I wasn't going back in there. I was terrified enough already...

I don’t know where it came from – it wasn’t a conscious decision as such – but my forehead slammed into his cruel mouth. He looked shocked. His lip was split and his mouth filled with blood. He swung at me, but I ducked. I wanted to strike back but my hands were frozen and I could barely form a fist.

His next punch hit, and then the next, but the adrenaline was pumping and I couldn’t feel a thing. Then he grabbed me, kneeing upwards to my groin, and tried to wrestle me to the floor. He was far stronger and soon the muscles in my arms were flagging as he spat and snarled.

He ripped a chunk of hair from the back of my head, and I spun round and elbowed him in the face. Then the rest of them burst in and separated us. It took three of them to hold Graham down until he stopped snarling.

Jules returned the next day and told me to take a couple of weeks off until things had calmed down. He told me it would be unpaid leave, but said that was my fault for "letting things get out of hand with Graham".

It would be the first time I’d been home for nearly three months, and I couldn't wait to get the hell out of there.
at 8:01 am

Email ThisBlogThis!Share to TwitterShare to FacebookShare to Pinterest
This blog was brought to you by the words... cheffing, chiller, fight, gasto pub, restaurant, terrine, werewolf

Brilliant Lennie, as per usual! Thank you for the wonderful writing.

Yes a psycho indeed MsMarmitelover, probably with a skeletal mother in the attic.

And thanks Andrew, means a lot!

I am amazed he has kept the job down - obviously has some talent. This is all character building stuff!

These are the type of encounters, with my temper, that make working in a restaurant not such a great idea.