When Did Cooking Disappear Up Its Own Arse? 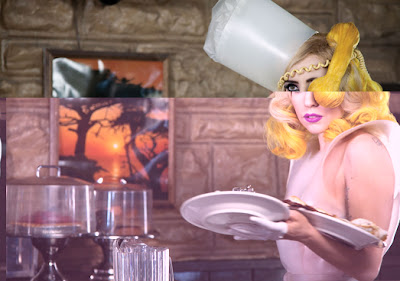 I finally persuaded a friend to lend me his vintage copy of The Art Of Simple French Cookery by the superbly named Alexander Watt, a notorious gourmet who spent much of his life lounging around in bistros - a name he tells us originated around the fall of Napoleon, when ravenous Russians encamped in Paris would wander around shouting “bistro, bistro!” (meaning “quick, quick” in their nasal tongue) as they entered cafes looking for something to eat.

No doubt beginning his day with pastis, moving on to red wine, and then finishing the night on brandy, Watt would gorge himself on bistro classics such as poularde Marie-Louise, boeuf en gelee, rognons a la moutarde, gibelotte de lapin, and always a plate of seasonal cheeses.

The accounts of his “gastronomic peregrinations” are a joy to read, as is his book, Paris Bistro Cookery, which adjoins the back of The Art Of Simple French Cookery like an upside down Siamese twin. As you flick through the pages, noting the splendid simplicity of the dishes, you can picture Watt swaying in the doorway of tiny Parisian kitchens, disrupting service as he scrawls into a grease-spattered notebook.

In one introduction, he quotes Alexandre Dumaine, the celebrated proprietor of the Hotel de la Cote d’Or, at Saulieu, and at the time of writing in the 1950s, a man widely considered to be the greatest chef in France, remarking that “the simplest dishes are often the most difficult to prepare to perfection”. And it got me thinking about when modern cooking finally disappeared, irretrievably, up its own arse.

Talk to chefs and food writers now and they’re obsessed with 480-hour slow-braised pork, moss infusions, locally-picked weeds, ingredient reversals, baby vegetable purees, quintuple-cooked chips, and anything else they can jam into a sous vide bath. When they’re not boring you to death about acidifier particle accelerators or the optimum water bath temperature for mackerel, they’re waffling on about their new £2,000 Swiss gelato machine, or their latest experiment with meat glue.

“I’ve been transglutaminasing duck skin on to chicken legs - it’s wonderful for the barbecue,” I honestly heard one food nerd say the other day.

It was at a highly pretentious food convention I’d been invited along to. Everyone had to bring something. There were the predictable, umami-filled burgers, stacked full of shaved ambergris, sun-crisped tomatoes and parmesan, and vac-packed offerings that had been poaching away since Christmas. All the vegetables were hand cut, the fruit hand picked, there were twin shots of soup, and trifles with fancy labels boasting of Amontillado sherry. The bread was savoury enriched or griddled or both, the cheese shaved, the custard thick set, the apples brandy-stewed, and of course the stilton soufflés were twice-baked and organic. And that was just the less pompous stuff.


It was a haven of unadulterated pretentiousness, and I would like to have said I felt out of place, but of course I went along with the head-nodding and the nerdy chat about flavour enhancers, emulsifiers, and the mysterious night-time activities of enzymes. When it came to my own offering, I suddenly became quite embarrassed.

“How long did you confit the chicken?” they wanted to know.

“Definitely vac-packed with the marinade,” someone else butted in.

How could I tell them I’d knocked up the marinade in the two minutes I had to rush out of the door for a forgotten appointment?

When I’d returned a few hours later, having left instructions for the chicken thighs to be taken out of the fridge after a few hours and then roasted, something magical had happened. The chicken was almost falling apart. The colour was a rich gold, and the jelly left behind made the best dripping sandwiches I’ve had in a long time.

But it was the reaction that was the biggest surprise. The food bores were licking their lips and going back for more, and the hyperboles came so thick and fast, I began to fear it was some sort of cruel joke. But no, the superlatives continued.

How could I tell them the truth? All the meals I’d spent days slaving over, spanking my wallet with expensive, unnecessary ingredients, and I’d never had such praise in my life. And it was for a chicken dish that could hardly have been simpler to make, and one that I hadn’t even cooked myself. I fended off the questions and then wandered off to a corner of the patio to ring my accomplice for the secret. How long had it been in there? What temperature? Top of the oven or bottom?

“Can’t remember, I just put it in the oven,” she slurred.

As people kept pressing me for the recipe, I was too embarrassed to confess its simplicity, and then I stopped myself. I thought about Paris Bistro Cookery, and how the chef Auguste Perrot had taken pleasure in preparing the simplest of dishes for the exclusive gastronomic Club de la Casserole. Dishes like Foies de Volaille Andre (chicken livers fried in butter with finely chopped onions), and Les Tomates Lucien (basically scrambled eggs with tomatoes).

Had cooking skills advanced so much that these lowly dishes are now to be pitied, I thought? I remembered Dumaine’s words: “Cooking is not just a matter of pressing buttons. One should forget the gadgets and the tricks...” So I told them the truth and they quickly became bored and went back to their PacoJets.

Here is my embarrassingly simple recipe with a highly pretentious title, named after the cook who can’t remember how she cooked it...

Put the salt and garlic cloves in a vintage, hand-crafted pestle and mortar, and bash away for a few seconds. Put in a bowl, add the spices and oil and mix until you’ve got a thick paint. Dip each thigh in the marinade, making sure they are thoroughly coated. Cover with clingfilm and leave in the fridge for three hours. Pre-heat an oven to an unknown temperature. Put the thighs on a metal tray and get someone to cook them for you. Or as a Russian encamped on the Place de la Concorde might say today: “Simples.”

I might just give Marie-Anne's chicken a go. As ever, great post. Hope you and book are doing well.

I love that the invading Russians are meerkats.

On the other hand you've got places serving middle class hot dogs, burgers and fried chicken.

It's all chasing column inches via a fickle foodie elite

And on the other hand some people are flogging middle class makeovers of burgers, hot dogs and fried chicken. Its getting hard to find a decent meal anywhere these days